Free Continental US Shipping on All Orders over $200!

(No reviews yet) Write a Review 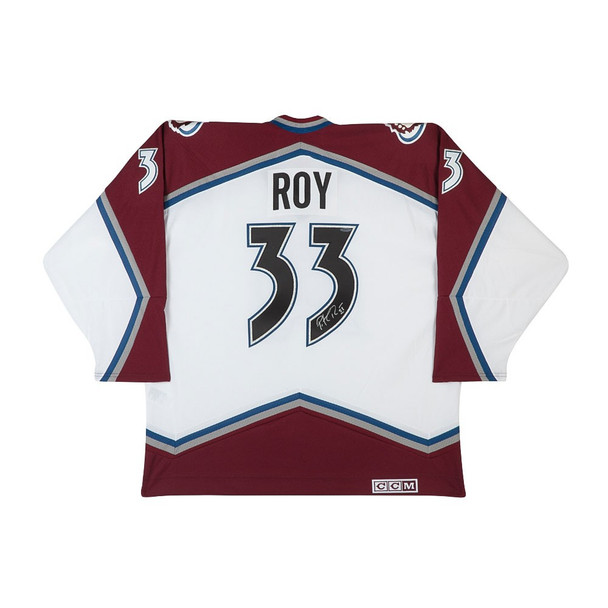 Patrick Roy was named the Conn Smythe winner as playoff MVP an impressive three times. Roy began his professional career with the Granby Bisons of the QMJHL and went on to be drafted 51st overall by the Montreal Canadiens. Roy played the second half of his NHL career with the Colorado Avalanche after being traded from the Canadiens on December 6, 1995. Several months after joining the Avalanche, Roy led the team to the organizationâs first Stanley Cup championship. In 2001, Roy won his fourth Stanley Cup and second as a member of the Avalanche. Roy has signed the bottom segment of the second #3 on the back of the jersey in silver paint pen. These authentic âHeroes of Hockeyâ jerseys made by CCM are the same quality that the players wore. Royâs signature is deemed authentic by virtue of Upper Deck Authenticatedâs Five-Step Process.

MSRP:
Now: $8.49
Was:
QUADRUM INTERCEPT: The Snaplocks with Active Protection Against Tarnishing Regular capsules or snaplocks limit a coins exposure to ambient air and moisture. The highly porous, copper-based...